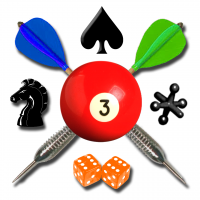 I just realized that I missed our (business) anniversary. 😌

Last Sunday, September 26, was the 20th anniversary of my first contribution to Goodsol Development products, the delivery of the first version of a library that it still used in Pretty Good Solitaire to this day (albeit upgraded quite significantly over the years). We have been working together ever since. 20 years!

Technically, I think I started working on the library the previous Friday (September 21, 2001).

Together, we have published more Solitaire games than anybody else on the planet.